RELATIONSHIP
September 14, 2016November 21, 2017 Aramide Oikelome 0 Comments Domestic Violence, How to Help an Abused Woman; Why an Abused Victim Finds it Hard to Leave the Abuser 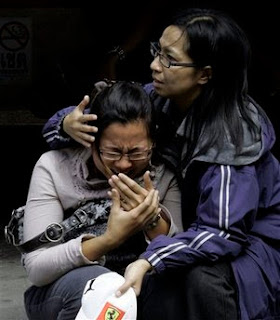 Here’s what you don’t know: Your friend would love nothing more than to fall into your arms and ask for help. But she won’t. She can’t. She’s too ashamed. As awful as you think she looks, she believes she looks even worse. In a relatively short period of time, her boyfriend has gotten into her head and convinced her that she’s ugly, stupid, and worthless.
Your friend no longer puts any effort into her looks because he’ll either accuse her of dressing up for some “other man,” or he’ll just tell her she looks like crap anyway—so there’s no point in trying anymore.
Sweatpants are her new best friend.
She doesn’t call anymore because she’s embarrassed by her life. That wonderful guy she bragged about in the beginning has turned into a monster. And she knows that if her friends knew how bad things were, they’d think she was just as stupid as he says she is—and maybe she is. After all, she still loves him. So maybe she’s getting exactly what she deserves. At least that’s what she thinks.
You don’t see her as much because that’s what abusers do: They isolate their victims from friends and family. They do it subtly, though. He’d never go so far as to say that she isn’t allowed to see you—that’s too direct and he’s much smarter than that. Instead he manipulates her into staying away by doing things like picking a fight with her when she comes home.  That way, the next time you invite her out, she’ll decline in order to avoid another fight. Or he’ll accuse her of loving her friends more than him. So that she’ll stay home instead of upsetting him. He uses her love for him like a weapon.
And those fights she’s so eager to avoid? “Fight” isn’t exactly the right word, not when she always ends up sprawled on the floor. At first, it was more yelling than anything. She could hold her own back then. She always did have an acid tongue. But then he became cruel, saying things that cut her to her core. And he twisted her words and used them against her.  And all the while, he was playing the wounded one who couldn’t understand how she could treat him so badly when he loved her so much. There were the accusations and recriminations, wild scenarios forged in the deep valleys of his twisted mind. Her smart mouth never stood a chance against his emotional brutality.
By the time the first punch landed on her jaw, her psyche had been beaten to a pulp. And don’t be fooled by the shell of a woman you just saw at the grocery store. She used to fight back. She even got a few good punches in, especially that first time. But he’s stronger than her. Bigger than her. He’s been throwing punches all his life and she never even got a spanking as a child, so she never stood a chance against him physically, either.
You ask yourself, If it’s so bad for her, why didn’t she say something to me? I was right there! We’ve been friends since childhood. Surely she knows that I would help her!
Does she know that, though? Does she really? Or does she look at you, her childhood friend, and remember the time you said, “I don’t understand why women stay with men who hit them”?
Remember when the Ray Rice abuse story first broke, and you all were having drinks? Remember what you said? You said, “If a man beats me once, shame on him; if he beats me twice, shame on me. That woman was an idiot for marrying him after what he did to her in that elevator!”
Your friend remembers those words. And even though she knows you love and support her, she can’t help but wonder how she’d change in your eyes if you knew what was really happening. Understand that she wants desperately to leave her current situation, but doesn’t know how. She may also be convinced her abuser will hurt whoever does try to help her. Remember, he’s in her head, even when he’s not beating her.

Who are the Pakistani group proposing to ‘lightly beat’ women?