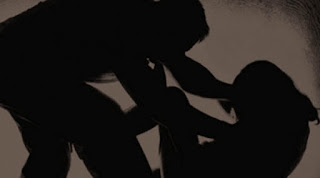 Lagos State recorded 4,035 cases of sexual and child abuse in the last one year, the state’s Attorney General and Commissioner for Justice, Mr. Adeniji Kazeem, has said.

Kazeem said this during a news briefing on the activities of the state’s Domestic and Sexual Violence Response Team, a statement by the Chief Press Secretary to the state governor, Mr. Habib Aruna, said.
Through the DSVRT, Kazeem said government handled a total of 192 cases comprising 89 domestic violence cases, 62 defilement cases, 18 rape cases, six attempted rape, 10 child neglect and seven child abuse cases. Ninety-two cases are presently being heard in court.
Kazeem warned that the administration of Governor Akinwunmi Ambode would not tolerate domestic violence and child abuse and would do everything within its powers to tackle the issue.
“Let me sound a note of warning here that no matter how highly placed you are in the society, if you commit any domestic violence crime, Lagos State will go after you and prosecute you in court,” he said.
Apart from bringing perpetrators of domestic abuse and sexual assault to book, Kazeem said the state government had taken steps to ensure the rehabilitation of victims.
He was quoted as saying, “As regards the provision of shelter for victims, the Ministries of Women Affairs and Poverty Alleviation and Youth and Social Development as well as strategic partners NGOs have played key roles in ensuring that victims were evacuated to a safer environment of shelter homes.
“All the victims of sexual assault received medical attention from Mirabel Centre and State Hospitals, and so far, 50 of such cases were charged to court.”
Kazeem gave the assurance that the state government would increase its efforts to address issues related to sexual abuse and domestic violence on the front burner.
Consequently, he said the DSVRT would on Friday hold a free clinic for victims of domestic violence, rape at the state secretariat, Alausa.
http://www.punchng.com/lagos-records-4035-rape-child-abuse-cases-one-year/
Please follow and like us: