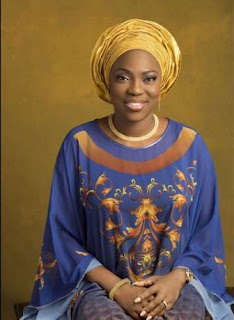 Wife of the Governor of Lagos State, Mrs. Bolanle Ambode, has condemned in the strong terms, the vexed issue of domestic violence, which has continued to rear its ugly head in the state and across the country.
Speaking yesterday in Alausa, Ikeja, against the backdrop of one Mr. Lekan Shonde, who allegedly beat his wife to death last week at the Egbeda suburb of the state.
Mrs Ambode lamented that domestic violence in the form of assault on wife, child-beating and other forms of uncivilized behavior against women and children, seems to have got fresh fancy from some men, who are still living in the primitive age.
She described as totally unacceptable, a situation where a man would callously turn his wife to a punching bag on the flimsy excuse that the helpless woman has either insulted him or refused to carry out his orders.
In her words: “How do you explain a situation where the man you married and one who claims to love you, would descend so heavily on you at the slightest provocation. If he is not complaining about delayed dinner or failure to obey him, it is another flimsy excuse, which is not tenable anywhere.”
She went on, “Some men take delight in repeatedly violating their wives, even to the extent of killing the helpless woman. For how long will this go on?”
The visibly distraught wife of the governor, advised any woman who has found herself in an abusive relationship to retrace her steps when it was still possible, so that she can live to tell her own story.
She rejected the common and well-worn excuse of societal stigmatization of women who walked out of unpleasant marriages, retorting that when the woman dies in such a cruel marriage, what then does the society say?
According to her, “Many victims of domestic violence become victims of their own psychological realities. The world of these women is lonely, isolated and filled with fear, with no emotional outlet whatsoever. Sadly, these victims wait until it is too late”.
She therefore advised that, “Society should cease to treat domestic violence as a case of “family affair” or trivialize it, thereby dissociating themselves from it. The fact that our society is patriarchal and our values are sanctioned by culture is not enough reason for this epidemic called Domestic Violence to flourish.
Speaking further, she said domestic abuse should be moved from being viewed as a social problem to being viewed as a criminal justice issue.
While commiserating with all victims of domestic violence, including families of those that died, Mrs. Ambode urged any woman going through such troubled marriages to approach the state’s Office of the Public Defender, Ministry of Justice, Ministry of Youth & Social Development or the Ministry of Women Affairs and Poverty Alleviation for legal assistance at no cost.
Please follow and like us:

Who are the Pakistani group proposing to ‘lightly beat’ women?